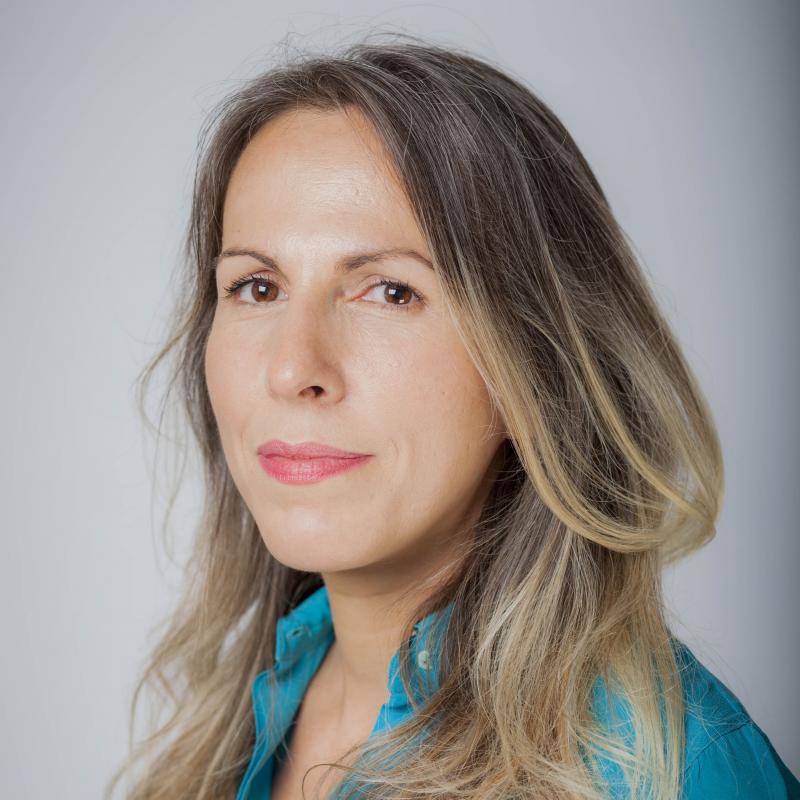 Born in Argentina, Paula Alvarez Vaccaro is British-Italian award winning producer, scriptwriter, journalist, and educator with more than twenty five years of experience working in film, TV, online, radio, and printed media in various languages and three continents. She is a founder and one of the directors of PINBALL LONDON, a production company devoted to feature films and tv series with an international zeal. With over forty awards in all her combined roles, she is a full voting member of BAFTA and a member of the Writers Guild of Great Britain as well as a Sundance alumna.

Some of her recent career highlights include winning at Venice Film Festival twice: in 2020 as producer and writer of LISTEN, the most awarded film at the festival, winner of two Lions (Special Jury and Lion of the Future), and four independent awards including Hollywood Foreign Press Association Orizzonti, Best film by Independent Critics, and Best Social Impact film, and in 2016 the Young Golden Lion for her production ON THE MILKY ROAD, directed by Emir Kusturica starring Monica Bellucci.

Before founding PINBALL LONDON, she had worked in films, series and shorts as development executive, producer, edit producer, script adaptor and script consultant for international companies such as Morena Films and for broadcasters like BBC, TVE, MTV, Channel 4, and ARTE.

Strongly interested in knowledge transfer and power sharing strategies, she collaborates within the industry as a mentor, speaker, trainer, and consultant on gender issues, and diversity and inclusion for a wide variety of organisations including EFM, ACE, Campus Latino, Eurimages, Voices of Culture, Documentary Campus, FirstCut Lab, and the British Council.

She is a member of the European Film Academy; a member and mentor of EWA, the European Women Audiovisual Network, a member of the board of EPC, the European Producers Club, currently on her third mandate as Vice-President. She has been a jury member at San Sebastian Film Festival, an event curator for Sarajevo CineLink industry days and an Emmy Juror. As a British Council Chevening Scholar, she holds a Master in Media from Royal Holloway, University of London.

She is one of the directors of ARTEF, the Anti-Racist task-force for European Film and part of its steering committee.